Change of course in the Student Brotherhood. Holy Tuesday 2019 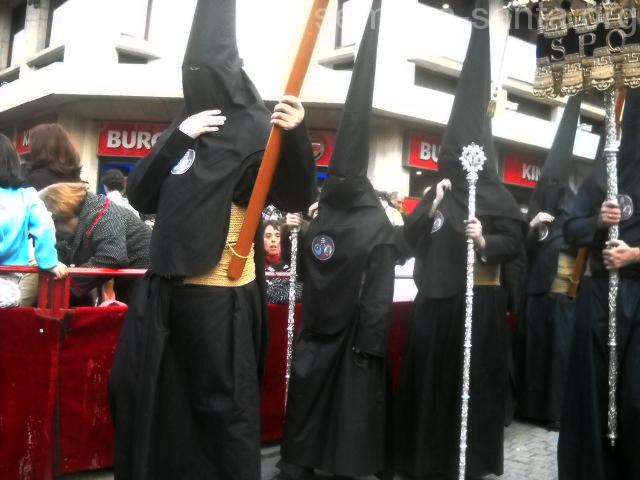 Here is the statement published Brotherhood of Students regarding the change of course to be held during Holy Tuesday of Holy Week we bring 2019.

The Governing Board of the Brotherhood of Students wants to inform his brothers and of our faithful and devoted Headlines in Cabildo Officers held yesterday, day 18 March 2019, in the fifth item on the agenda, in relation to the path that this Brotherhood held next Tuesday Santo, It has been agreed modifying the route back to the campaign originally planned and will run through the following streets:

About, we must be noted that although the above It entails a change of plan imposed by the General Council of Brotherhoods and Brotherhoods of Seville all the brotherhoods of Holy Tuesday, the Governing Board has been forced to alteration to mitigate as far as possible the obvious technical defects tax plan that would involve, among other consequences, an exaggerated and unjustified break in prior to entry of the Official Race times we consider unaffordable for our body Nazarenes.

This change will mean that our brotherhood, for this year, shall make a roundup of some 350 Travel meters from Plaza Nueva to Zaragoza, San Pablo and Plaza de la Magdalena, all in order to save space and reduce the negative effects of a plan that will definitely cause serious damage in the discourse of our penitential procession.