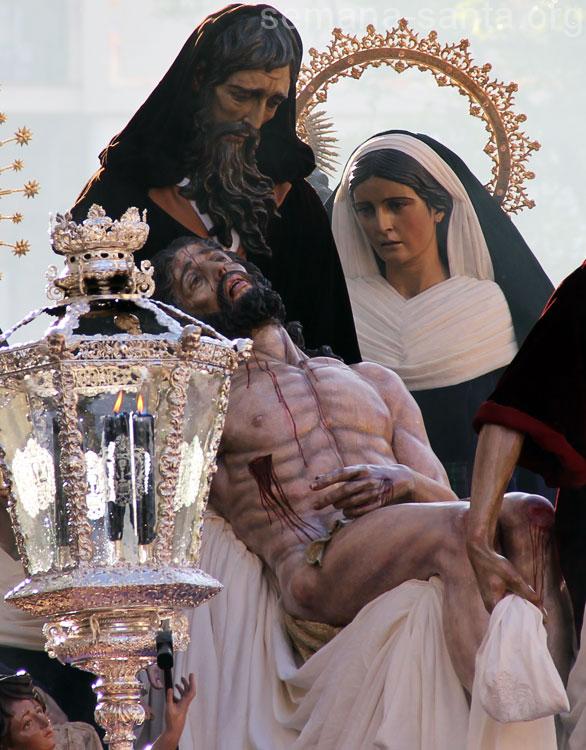 FOUNDATION: 1946 (as a brotherhood of Gloria)

HIGHLIGHTED PLACE: Jesus del Gran Poder. The entrance is impressive in San Andrés as the bells play a duel.

OBSERVATIONS: Santa Marta is a brotherhood of "black", which celebrates its gathering station. The mystery accomplished Transfer to the tomb is considered the best in the twentieth century and is an artistic passage. It is the only fraternity that does not have costaleros brothers and pays the emerging. In mount lilies covering the layette passed a red rose just emerges under the hands of the Lord of Charity. Brotherhood altar boys are between 6 Y 12 years and do not carry anything in your hands lass. It is one of the brotherhoods that less time is on the street: 4 hours. The rules determine that Our Lady of Sorrows will always wearing a plain black robe, although Javier Sánchez de los Reyes (2016) It has designed an embroidered mantle for internal cults inspired by thermoses of the sixteenth and seventeenth centuries that house the cathedrals of Seville and Toledo, It will be made in the workshop of Santa Barbara. The image of Santa Marta carries a swab referring to the passage of his life in which he drove a dragon sprinkling holy water.