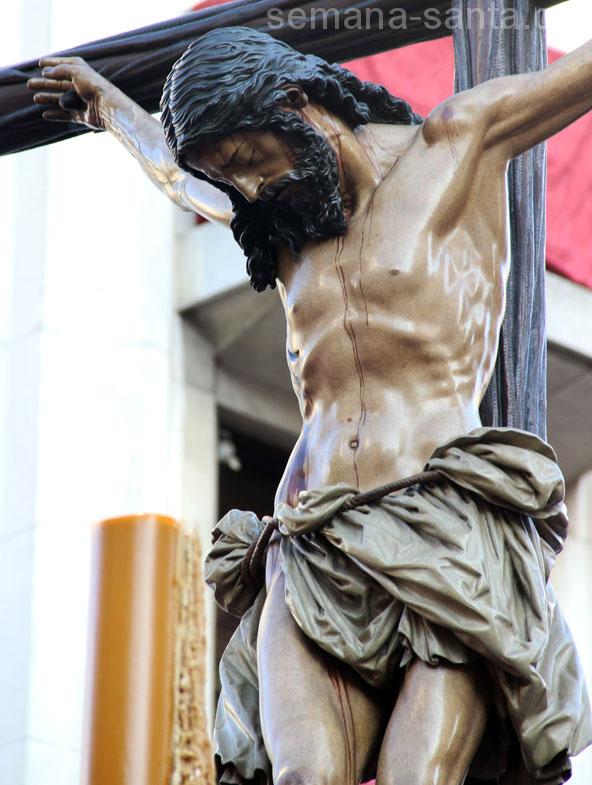 Pontifical, Patriarchal and Illustrious Brotherhood and Confraternity of Nazarenes of the Holy Christ of the Good Death and the Virgin of Anguish

FOREMEN: Antonio Santiago and its subsidiary.

MUSIC: Band “Our. Mrs. of the Eagle” of Alcalá de Guadaíra in the canopy.

Social work: University scholarship without financial resources through various agreements with Caritas University and other institutions. Had given 110 scholarships 2016.

Premieres 2022: Axes and skirts for the passage of the Crucified

Premieres 2018: After the pallium will sound new march to the Virgin of Anguish of Javier Parra.

Premieres 2017: Restored out the script of Arts, a job that has conducted the workshop Santa Barbara.

Of interest 2018: The new Holy Tuesday with the official race route in reverse highlight unpublished prints as the passage of courtship by the Postigo around and night. Joaquin Gomez debuts as the new dressing Dolorosa. This year they have celebrated brilliantly acts of 75 Anniversary of the Virgin of Anguish to the brotherhood. In the brotherhood there is a commission to study the future of the passage of Christ. A member of its governing board, José Ignacio del Rey has been the harbinger of Easter this year

OBSERVATIONS:  Students give a great testimony of faith in the street. He was a pioneer in bringing gang of brothers bearers. It is impressive the long procession of penitents with crosses, mostly barefoot, who they go after Christ. It is the brotherhood of the University of Seville, represented by their flags Colleges and Schools. It is one of the brotherhoods with more altar boys Easter, around 200.

HISTORICAL FACTS: The Brotherhood of the Holy Christ of the Good Death was founded in 1924 in the Church of the Annunciation by a group of teachers and students of the University of Seville. The Lord made his first processional exit 1926. In 1966 he moved to its current location, at the University Lonja.