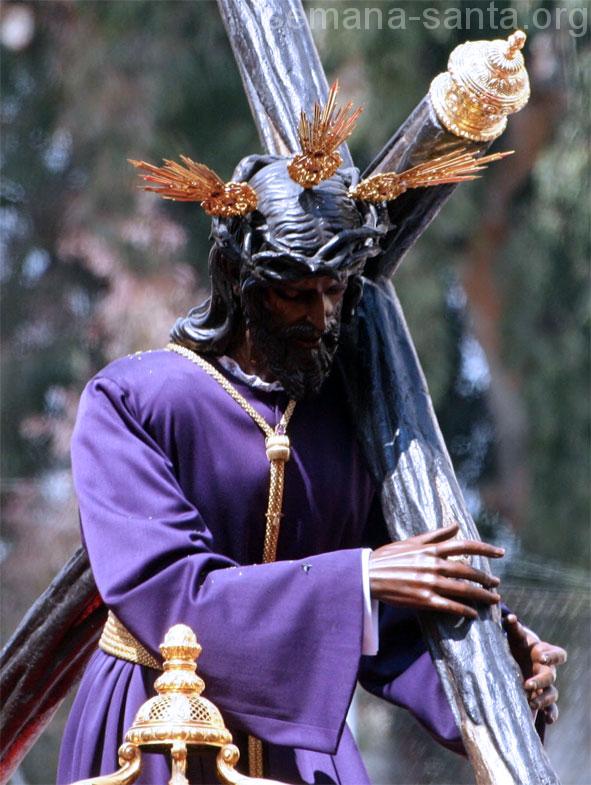 Real, Illustrious and Fervent Sacramental Brotherhood and Brotherhood of Nazarenes of Our Father Jesus of Health and the Virgin of Sorrows Crowned

MUSIC: Holy Mary Musical Group. of Sorrows Crowned in Cross Guide, Musical grouping Our Father Jesus of Health in the Lord and band Our Lady of the Snows of Olivares in the Virgin.

PREMIERES 2019: Three marches dedicated to Lord Health: "In my memory", Francisco José García Ubeda; "The Brotherhood of the Gypsies", Francisco José García Ubeda; and "Come, follow me", an adaptation of the same author of a religious song of the Sisters of the Cross, Canonization recorded for Santa
Angela. New march dedicated to the Virgin: "Madrugá of Anguish", José León.

PREMIERES 2018: The biggest premiere will be the sorority house built on a plot attached to the shrine in which the museum of the guild will be installed. It is intended to link the visit to the Palacio de las Dueñas by linking the Duchess of Alba has been the great benefactor of the coporación in recent times,. Our Lady of Sorrows bring forth blue mantle coronation turkey.

PREMIERES 2017: Modify your itinerary back and stop going through your former headquarters of San Román. Cross guide comes restored.

HIGHLIGHT: The Four Evangelists guarding every corner of the basket of the passage of Christ, made by Francisco Buiza, or gold headdress of the Virgin.

OBSERVATIONS: Great popularity also has the Brotherhood of Gypsies. Brothers of both races live together in the common devotion to their owners. The brotherhood belong people of the most varied social condition, who include artists, football players, cantaores, bullfighters and celebrities.

HISTORICAL FACTS: Sebastián Miguel de Varas and other gypsies founded on 1753 this brotherhood, in the Triana Convent of the Holy Spirit, but this year he moved to Pópulo which highlights in its aid effort for sacramentaciones that were made in the outskirts of the city. He settled in San Esteban, San Nicolas and San Roman.  In 1999 built their own temple in the Valley Convent.