Via Crucis of the brotherhoods of Seville 2020

Knows all the data on the itinerary, schedule and route of the Via Crucis of the brotherhoods of Seville 2020 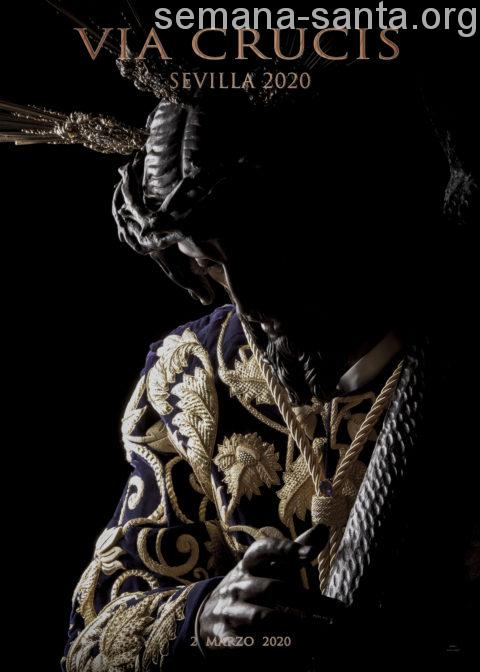 Real, Illustrious and Fervent Sacramental Brotherhood and Brotherhood of Nazarenes of Our Father Jesus of Health and the Virgin of Sorrows Crowned

The picture of Our Father Jesus of Health, head of the Brotherhood of Gypsies, He will preside over the 45th edition of the Via Crucis of the Brotherhoods of Seville, to be held in Seville Cathedral on the first Monday of Lent, the next 2 of March.

Following the meeting of the Superior Council Meeting of Brotherhoods and nine delegates of Penitence, the news has been filled with joy to the brothers of the Confraternity of Madrugá

And he will be accompanied musically by the Choir Mary Help of Christians Salesian Musical Chapel and Maria Auxiliadora.

Itinerary, schedule and route of the Via Crucis of the brotherhoods of Seville 2020

Entry into the Cathedral environment 19:45 hours.

The entrance is provided around the 00:15 hours.

Data of interest Via Crucis 2020

The bier of Our Father Jesus of Health, on their way back they will cover the different Brotherhoods feligresía, as well as by those corporations invited to do so, with the Brotherhood of Gypsies has special links.

further, It has made a special invitation to the Brotherhoods of the Great Power and Macarena, whose brothers may carry the bier of the Lord to its entry into Cathedral. The first is in full celebration of its Jubilee Year to mark the 400 years of the making of the sacred image of the Lord. Meanwhile, the Brotherhood of the Macarena also lives a special year celebrating its 425 founding anniversary.

In return transfer, off Cathedral, have been invited to carry the bier of the Lord all the Brotherhoods of Los Gitanos de Sevilla, nearby provinces, and Madrid.

Finally, those brothers and devotees who wish to carry the bier of Our Father Jesus of Health, This can be, as long as circumstances permit, the transfer back to the Sanctuary.

As for the musical accompaniment, as it reported in its day, will be borne by the Mary Help of Christians Salesian Escolanía next to the Chapel Musical Maria Auxiliadora it consists of a wind quartet: fagot, oboe, clarinet and flute travesara.